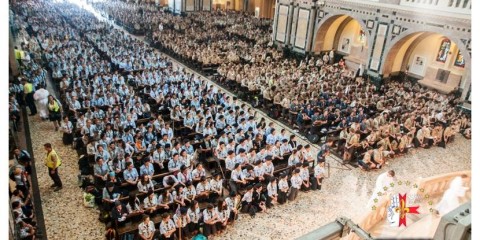 We are members of a larger movement known as the International Union of Guides and Scouts of Europe active in 19 countries with 55,000 members strong.

At the core of our movement are values which teach every participant what it means to become a fully formed man or women. Our youth learn the importance of meeting life’s challenges with an increased sense of responsibility, so as to be better suited to live, work, and play with youth from other cultures and life experiences.

Regina Caeli is a local group located in Rapid City, SD. To learn more about the FNE Movement from the official website visit www.FNEExplorers.com 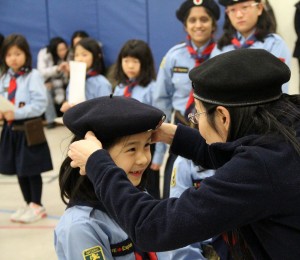 We deliver a Christ-centered program experience where each member strives to become an Ordinary Saint through: love, service, hard work, dedication, honesty, integrity, compassion, courage, prudence, and by embracing the Sacraments of the church.

We hold true to our values and ideals even if society may be moving in a different direction.

Lord Baden-Powell served in the British Army from 1876 until 1910 in India and Africa. In 1899, during the Second Boer War in South Africa, Baden-Powell successfully defended the town in the Siege of Mafeking where his troops were outnumbered 10 to 1. This feat made him a military hero in Britain. Several of his military books, written for military reconnaissance and scout training in his African years, were also read by boys. Based on those earlier books, he wrote Scouting for Boys. In 1907, he held the first Brownsea Island Scout camp, which is now seen as the beginning of Scouting.

While studying theology in preparation for his priestly ordination, a Jesusit – Jacques Sevin became fascinated with the scouting movement. When two articles in the Jesuit periodical Etudes critical of the scouting movement appeared, Sevin was asked by his superiors to investigate the movement; he traveled to England in 1913 where he attended a scout rally in London and met Lord Baden-Powell himself.

By 1919 Fr. Sevin had produced a handbook on scouts called “Le Scotisme.” In this book he laid out his vision for a distinctly Catholic form of Scouting. In 1920 he founded the Scouts de France using this model. Baden-Powell said of Fr. Sevin’s efforts: “He made the best realization of my own thoughts.” Fr. Sevin’s vision was for scouting to develop the faith of young people and integrate them into the Church. It would be a means to develop committed lay people and religious vocations.

Our group is called the Reginal Caeli (Queen of Heaven) FNE group. Our neckerchief colors have some spiritual significance in addition to some natural tie to our geographic area. We chose Gold to signify the royal crown of Our Lady, a nod to our diocesan crest which features a ring of gold, the gold rush of the Black Hills, and the golden wheat of the prairie. For the secondary color of the scarf we chose Black for the distinctive color and namesake of our beloved hills, and, as in traditional Byzantine iconography, it is a symbol of the incomprehensible depth of the universe of which our Lady reigns supreme. We have groups for youth ages 6-16 for both boys and girls. Below is a list of our units:

We meet on Tuesday evenings from 6:30-8:00pm in the Cathedral OLPH Hall. Contact us to make sure you are on our email list so we can keep you in the loop!

We are uniquely a uniformed movement (one for males and another for females). Our youth proudly wear their uniforms as part of their program experience.

The uniform costs roughly $100** and includes:

**We are currently looking for financial assistance to help families in need purchase these uniforms. Please don’t let cost deter you from coming and joining our group. As they say God has all the money in the world.